Featuring the Choir of the Anglican Cathedral of Calgary under the direction of Dr. Neil Cockburn
Sunday, September 29, 2019
6:00 - 8:00 pm
St. George-In-The-Pines Anglican Church of Banff
This event has already occurred 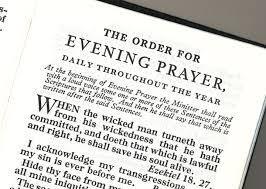 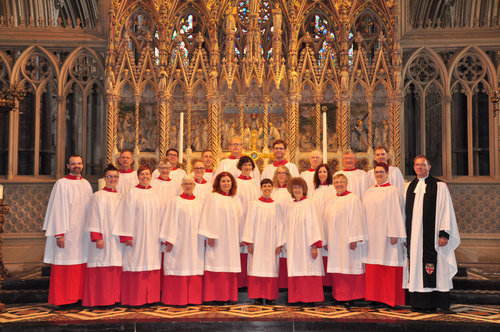 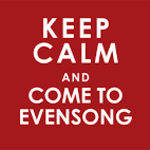 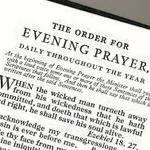 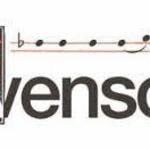 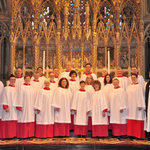 Save to your Calendar

The origins of Evensong can be found in the services that Jesus himself led with his disciples that later evolved into Christian scripture, poetry and doctrine. The service thus has a direct lineage back to the very beginning of Christianity, and even beyond that to the older Judaic tradition.

Perhaps one of the reasons Evensong is so effective is that packs so much of this deep history into 45 minutes, in an elegantly simple form.

As an English language service, Evensong dates back to the time of the Reformation, using elements of the old monastic Offices of Vespers and Compline. The liturgy (a fixed set of words and ceremonial features) that the Church uses to this day was was laid out in Archbishop Cranmer’s Book of Common Prayer, the first version of which appeared in 1549. The music took shape a few decades later, in the reign of Queen Elizabeth I, with great composers like William Byrd and Thomas Tallis developing exquisite polyphonic choral music specifically for this new service, and in each subsequent generation new composers have continued to add great music to the repertoire of Evensong. This has inspired a unique 500-year-old unbroken tradition that has been responsible for the very high standard of choral singing maintained to this day.

Cranmer created the liturgy of Evensong with the general public in mind, motivated by the fact that it would condense more services than people could be expected to attend into one short service; the people of his day were not well-versed in Scripture; the public services were in Latin; and they were too elaborate for simple people to follow.The fact that Evensong has had such a long evolution means that one has a powerful sense of connecting present with past, of tapping into something much greater than ourselves. As we come together in a church at the end of the day we join a vast community enduring both through time and in the same place, by acting in the same way as countless people have done before us for over a thousand years.

Cranmer’s Evensong starts with the chanting of the Old Testament Psalms. Their mantra-like repetition often helps create a peaceful atmosphere, but one that is soon interrupted by the exuberant burst of the ‘Magnificat’ - the song of a young woman, Mary, rejoicing at the prospect of the birth of her child, Jesus - and then made solemn by the New Testament's ‘Nunc Dimittis’ - the song of an old man, Simeon, gently facing his death, eye-to-eye, now his life has been fulfilled by meeting Jesus. A major aspect of the genius of the service is the balance between female and male, young and old, and Old and New Testament in these 'Canticles'. An anthem follows that fits the mood of the day, and the service finishes after a second hymn. Afterwards the church resonates with the playing of the organ, often one of the great organ works of Bach.

The interspersing of these varied musical forms amongst passages of beautiful spoken liturgy and moments of contemplative silence lends a balance, completeness, and complex psychology to the form of the service.

The high proportion of music in the Evensong service is arguably what distinguishes it from other church services. Music is very good at carrying us beyond the limitations of human words towards those things we cannot articulate. The Magnificat is a joyful song, the Nunc Dimittis a sung plea, the Psalms pure praise. Music's communication of these feelings is immediate.

Whatever we may believe, choral evensong is a beautiful tradition just waiting to be witnessed that can give respite and inspiration during our busy modern lives.